Jaran of the Dotharl

The Black Mech of Illsabard 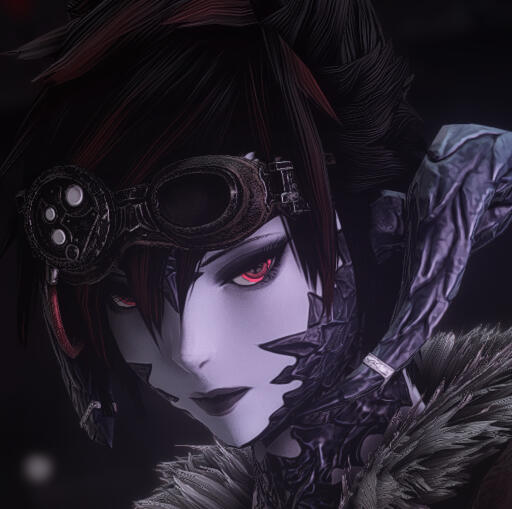 "I have one single aspiration. Everything else is irrelevant."

An apathetic woman of laidback attitude and disposition, Jaran is a Magitek Engineer currently in her late twenties, whose path was one riddled with struggles for survival. Hailing from the Azim Steppe as the 4th life of the soul known as "Jaran", a chance event led her into leaving the Steppe and travel to the Empire, with a passion for engineering burning vibrantly within her body.

Soon coming to face the realities of Garlemald's xenophobia and exploitation, Jaran carved a path of criminality for herself, her resourcefulness, tactical acumen, professionality, and talent for both engineering and subterfuge winning her infamy across the Empire and its underworld, becoming widely known as the "Black Mech of Illsabard".

After several years on the run, Jaran came to settle down within Eorzea, desiring to turn a new leaf, to live and practice engineering without concerns of hatred and persecution or the Empire's shadow looming over her person. Thus she devotes every moment of her life to such, becoming an entrepreneur and an ardent advocate of Magitek, ever eager to show Eorzea the wonders of the future, using her trademark smirk, a sarcastic quip, and a "generous" offer.

Yet, Jaran has already left her dark mark, for while her talent as an engineer is uncontestable, her skills as an infiltrator and saboteur are also second to none. Thus, she still operates within the fringes of the law, lending her skills to the highest bidder, promising nothing less than absolute success in her task...as long as she is paid.